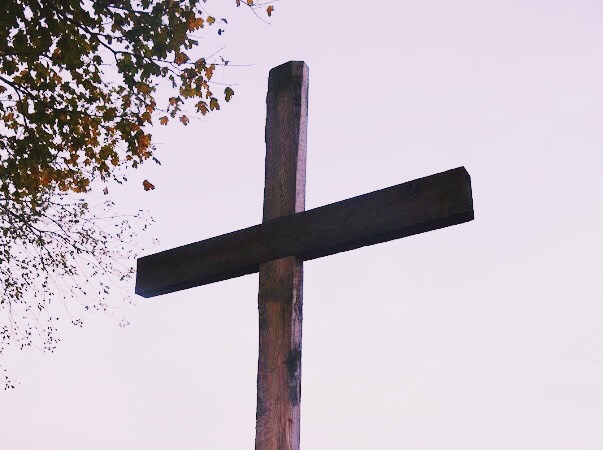 Recently, I had to write a paper for my favorite philosophy class this semester on Plato’s discussion of man’s character as it’s related to the development of his soul in his famous work, the Republic. Typically when I write these papers, I (admittedly) read and internalize what Socrates says in the text, and then just slam out the paper as more of a reflective argument on the topic, rather than actually organizing my thoughts and really deeply analyzing the text and my thoughts on it.

I just got this particular paper back, and my eccentrically brilliant professor commented on it, urging me to keep going with my analysis because I was on to something. I knew that I was, because this one paper has been almost haunting me as a Catholic woman, because it’s all about the state of our soul influencing who we are in our every day, as well as in the grand scheme of things.

This idea of the inherent nature of our souls as being the starting block, or foundation, of who we are as persons — and our ability to either build on it and fulfill it by acting virtuously or to degrade and disrespect it by acting viciously — is a core teaching on the human condition in the Catholic Church, and one that I find myself thinking about a lot, as a Catholic person, a philosophy major, a big sister, and (hopefully) a future mom. I want to understand this inherent link between — this expression of — our souls in our outward character not only for myself, but also for my future family, so that I can help form solid humans in this world.

So, here’s the paper. I hope it does some good on the subject.

“One can tell the character of a man through his actions and decisions. These actions and decisions serve as a reflection of the character of his soul, and thus, what rule is present in his soul. Earlier in the Republic, Plato discusses the good pursued by a city as a reflection of the quality of its citizens’ characters. In this excerpt of his work, however, Plato moves to a more refined analysis of a man’s life and its relation to that which he allows to rule his soul. Just as one can tell the quality of individual citizens in the good which their city pursues, one can also tell the quality of a man’s soul in the life that he leads—publicly and privately. This integrity between one’s soul, one’s actions and decisions, and one’s city is crucial in Plato’s analysis of man. In this paper, I will explore the varying qualities that determine the rule of one’s soul as it directly forms the character of that individual, and thus determine that the rule that should be present in the soul is justice because it is most in line with “divine reason”.[1]

Man has an arguably innate ability to judge some sense of another man’s character based on the life that the other man leads. Whether subconsciously or consciously, it is a practice that every man employs at some point or another, as a large part of the process of determining what type of relationship one would like to have with him. This intuition in the human person’s relational character is what Plato is basing his argument of the ability to determine the character of another’s soul off of, as he employs this intuition in the formation of one’s ability to actively analyze the quality of one’s actions as a reflection of his character.

Plato begins with pleasure and assessing the different kinds of pleasure that one may take: bodily and spiritual pleasures. He determines that the bodily pleasures—though they are the most common—are not as noble or as high as the spiritual. He relates the bodily pleasures to that of a beast; more commonly, they are merely the absence of pain or a brief satisfaction of a vice. Although bodily pleasures are good in the proper order, or as they are appropriate to the situation and are not over-consumed, they are concerned with that which is merely “mortal” and “never the same”, and thus, are lower pleasures to those that are concerned with the soul.[2] Plato explains that the pleasures which are concerned with the soul share more in truth, and thus fill the soul with “what is appropriate to our nature”, and thus “enjoys more really and truly a more true pleasure, while that which partakes of things that are less is less truly and surely filled and partakes of a less trustworthy and less true pleasure”.[3]

Because spiritual pleasures share more in truth and are higher, as they truly fill the soul, Plato concludes that those who experience these higher pleasures are of a higher way of living, and must have souls that allow the philosophic character to rule. Through this dialogue, Socrates confirms that the parts of the soul which are most unlike the philosophic part do the most damage to one’s character when they are allowed to rule the soul, because they are less—if at all—concerned with virtue, truth, reason, and justice. Earlier in the dialogue, Plato described the soul of a tyrant, as it is consumed with and enslaved by the ever-increasing pursuit to satisfy the desires of his vices and shallow pleasures. He now draws a parallel between erotic and tyrannical desires and the rule of the most distant part of one’s soul. However, the “kingly and orderly” desires are less distant to the philosophical part of the soul, and so are higher and more appropriate.[4] Because these higher desires share more in truth, they must also allow reason to rule so that they may share in truth.

The best man is one that allows the philosophical part of his soul rule, as it concerns itself with reason, truth, justice, and virtue. He “has a divine ruler within himself”, because “it is better for everyone to be ruled by divine reason preferably within himself and his own” so that everyone may be ruled by the same ideals and live in a healthy community with one another as friends.[5] Just as the best ruler externally in the city is a philosopher, because he is concerned with pursuing the good in itself for the community, the best ruler within one’s soul is the philosophic part of his soul because it is concerned with the pursuit of the good and all that participates in it. This person with understanding of these concepts of truth, justice, and goodness would “direct all of his efforts to attaining that state of his soul” in which he is pursuing perfection in the good.[6] He does this by valuing his studies that point him towards this good, adopting a life of physical moderation, refraining to disturb the “constitution within him”, and adopting an attitude of justice and humility in the way that he regards himself, so as not to grow in vicious pride, but rather to regard himself as is appropriate to the state of his character.[7]

Observing the way in which one lives is the best way to determine the quality of his character, and thus, what rules his soul. If his desires or spirit rule his soul, his life will be an enslaved or tyrannical one. He will behave in a way that seeks to satisfy his bodily desires as a beast would, and he would have few friends, because there would be conflict or he would not be able to recognize them as his equals. Plato describes this as a life concerned with the lower and middle realms of living. If, however, he allows the philosophic part of his soul—concerned with truth, wisdom, understanding, reason, justice, and goodness—to rule, then his life will radiate with the virtue that comes with participation in these perfected forms, and he will dwell in the higher realm of living. He will only be concerned with satisfying his needs and the needs of his community in accordance with justice the common good, and participating in the good itself—because that is the character of the philosopher’s soul. ”